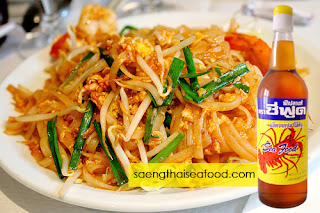 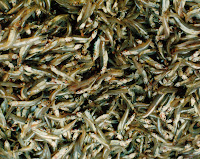 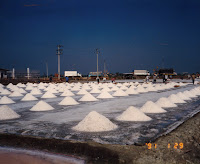 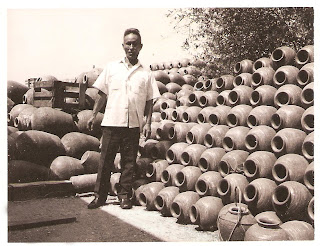 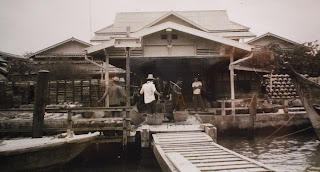 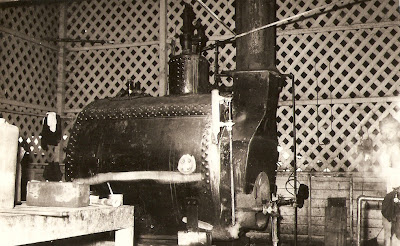 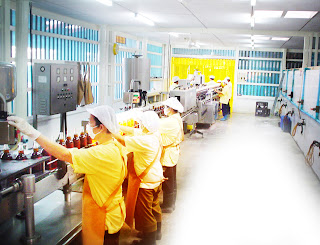 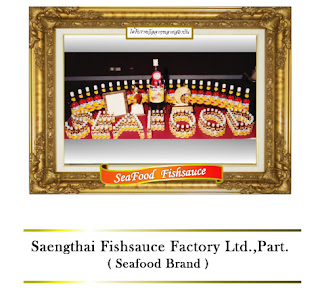 Thai fish sauce
Fish sauce is an amber-colored liquid extracted from the fermentation of fish with sea salt. It is used as a condiment in various cuisines. Fish sauce is a staple ingredient in numerous cultures in Southeast Asia and the coastal regions of East Asia, and featured heavily in Thai , Cambodian, Philippine,  and Vietnamese cuisine.
In addition to being added to dishes during the cooking process, fish sauce is also used as a base for a dipping condiment that is prepared in many different ways by cooks in each country mentioned for fish, shrimp, pork, and chicken. In parts of southern China, it is used as an ingredient for soups and casseroles. Fish sauce, and its derivatives, impart an umami flavor to food due to their glutamate content.[1] 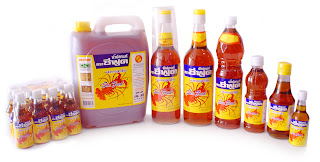 
Where to buy fish sauce ?

Phrik nam pla is served with nearly every Thai meal

Japanese Fish sauce,Shottsuru & Ishiru
Most fish sauces (extracts) are made from raw fish, some from dried fish; most from only a single species, others from whatever is dredged up in the net, including some shellfish; most from whole fish, a few from only the blood or viscera. Most fish sauces contain only fish and salt, others add a variety ofherbs and spices. Fish sauce that has been only briefly fermented has a pronounced fishy taste, while extended fermentation reduces this and gives the product a nuttier, richer and more savory flavor.

Fish Sauce, or "Nam Pla" in Thai, is one of the basic ingredients in Thai cooking. It has a rich translucent reddish-golden brown color, and is used liberally in nearly all Thai dishes. It is often used as a marinade for fish and meat, as well as a condiment (usually mixed with fresh-cut chilies and lime juice) - you may have come across this "sauce" on tables in Thai restaurants. In fact, Thais would add a little fish sauce to their meal the same way we would use salt and pepper.

Southeast Asian fish sauce is often made from anchovies, salt and water, and is usually used in moderation because it is intensely flavoured. Anchovies and salt are arranged in wooden boxes to ferment and are slowly pressed, yielding the salty, fishy liquid. (The salt extracts the liquid via osmosis.) The variety from Vietnam is generally called nước mắm (well known by brand names including nước mắm Phú Quốc (Phu Quoc) and nước mắm Phan Thiết (Phan Thiet)). Nước chấm is a Vietnamese prepared fish sauce condiment dipping sauce that is savory, lightly sweet and salty tasting, and can even be sour and spicy if lime and chili peppers are added. The main components are fish sauce, water, and sugar. In Vietnam, there is a popular food item called mắm, which is made the same way as fish sauce, except that both the fish and the liquid extract, not just the liquid, are kept, and mắm is fermented for a shorter period than fish sauce. Mắm is either eaten as is (uncooked), or cooked in soups or stir-fries. Similar condiments from Thailand and Burma are called nam pla (น้ำปลา) and ngan bya yay (ငံပြာရည်) respectively. In Lao/Isan it is called nam pa, but a chunkier, more aromatic version known as padaek is also used. In Cambodia, it is known as teuk trei (ទឹកត្រី), of which there are a variety of sauces using fish sauce as a base.
The Indonesian semi-solid fish paste terasi, the Cambodian prahok and the Malay fermented krill brick belacan or budu from liquid anchovies are other popular variations of the same theme.
The similar Philippine version common to Indochina is called patis. Patis which is a by-product of bagoong is nearly always cooked prior to consumption (even if used as an accent to salads or other raw dishes), or used as a cooking ingredient. It is used in cooking many dishes including a rice porridge calledarroz caldo and as a condiment for fried fish. It is also used in place of table salt in meals to enhance the flavor of the food, where it can either be dashed from a dispensing bottle onto the food, or poured into a saucer and mixed with calamansi and used as a dipping sauce.
Southeast Asians generally use fish sauce as a cooking sauce. However, there is a sweet and sour version of this sauce which is used more commonly as a dipping sauce (see nước chấm). In Thai cuisine, fish sauce is used both in cooking and also served at the table for use as a condiment, for instance in noodle soups. In addition, nearly every Thai meal is served with phrik nam pla as a condiment: a mixture of fish sauce, lime juice, and chopped bird's eye chilies. Very often a few slices of garlic are also added to this sauce.
It is mainly the ethnic Chinese (usually Hokkien and Teochew) who cook with fish sauce (鱼露 yúlù, 虾油 xīayú in Hokkien) in Indonesia and Malaysia. Fish sauce is a staple of many dishes in cuisines such as Vietnamese, Thai and Cambodian.

In Korea, it is called aekjeot or jeotgal, and is used as a crucial ingredient in many types of kimchi (usually from myoelchi, anchovy or kanari which is made from sand lance), both for taste and fermentation. The anchovy-based fish sauce lends itself well to the making of radish-type kimchi. Kanari-type fish sauce is more expensive than the anchovy-based fish sauce and is usually reserved for the preparation of special cabbage (baechu) kimchi. Saewoojeot (shrimp) is also popular as side sauce.

Composition of garum
What is called liquamen is thus made: the intestines of fish are thrown into a vessel, and are salted; and small fish, especiallyatherinae, or small mullets, or maenae, or lycostomi, or any small fish, are all salted in the same manner; and they are seasoned in the sun, and frequently turned; and when they have been seasoned in the heat, the garum is thus taken from them. A small basket of close texture is laid in the vessel filled with the small fish already mentioned, and the garum will flow into the basket; and they take up what has been percolated through the basket, which is called liquamen; and the remainder of the feculence is made into allec.
– Geōponika: Agricultural pursuits, Vol. II, pp. 299-300; translated from the Greek by Thomas Owen; London 1806.
Fish sauces are sometimes used in western cuisine, but they are generally prepared using fresh or packaged fish, not made from fermented fish.
The earliest known reports of fish sauce are from ancient Greece[2] between 4-3rd century BC. It was made with a lower salt content than modern fish sauces.[3]
A similar fish sauce was ubiquitous in Classical Roman cooking, where in Latin it is known as garum or liquamen, and also existed in many varieties such as oenogarum (mixed with wine), oxygarum (mixed with vinegar) and meligarum (mixed with honey). It was one of the trade specialties in Hispania Baetica. It was made of a variety of fish including tuna, mackerel, moray eel, and anchovies.[4] Garum was frequently maligned as smelling bad or rotten, being called, for example, "evil-smelling fish sauce."[5] "Garum" is said to be similar to modern colatura d'alici, a fish sauce used in Neapolitan cuisine.
In English it was formerly translated as fishpickle. The original Worcestershire sauce is a related product because it is fermented and contains anchovies.
Reference :  Wikipedia